When analysing the development of Bitcoin and Litecoin mining, it is crucial to examine the interest in the mining process over time. According to the graph taken from Google Trends, timespan October 2013 to September 2014, we can observe a significant peak in December 2013 — January 2014 in the fairly stable interest rate of cryptocurrency mining. This peak was caused by Bitcoin’s acceptance by several major mainstream companies (i.e. Overstock), major investment in Bitcoin startups (i.e. Coinbase), increasing coverage of Bitcoin-related news (Wall Street analysts) that cause the increase of Bitcoin price — $1,200 per Bitcoin. In addition, we can see quite evident correlation between the interest in Bitcoin mining and Litecoin mining, which remains constantly proportional. 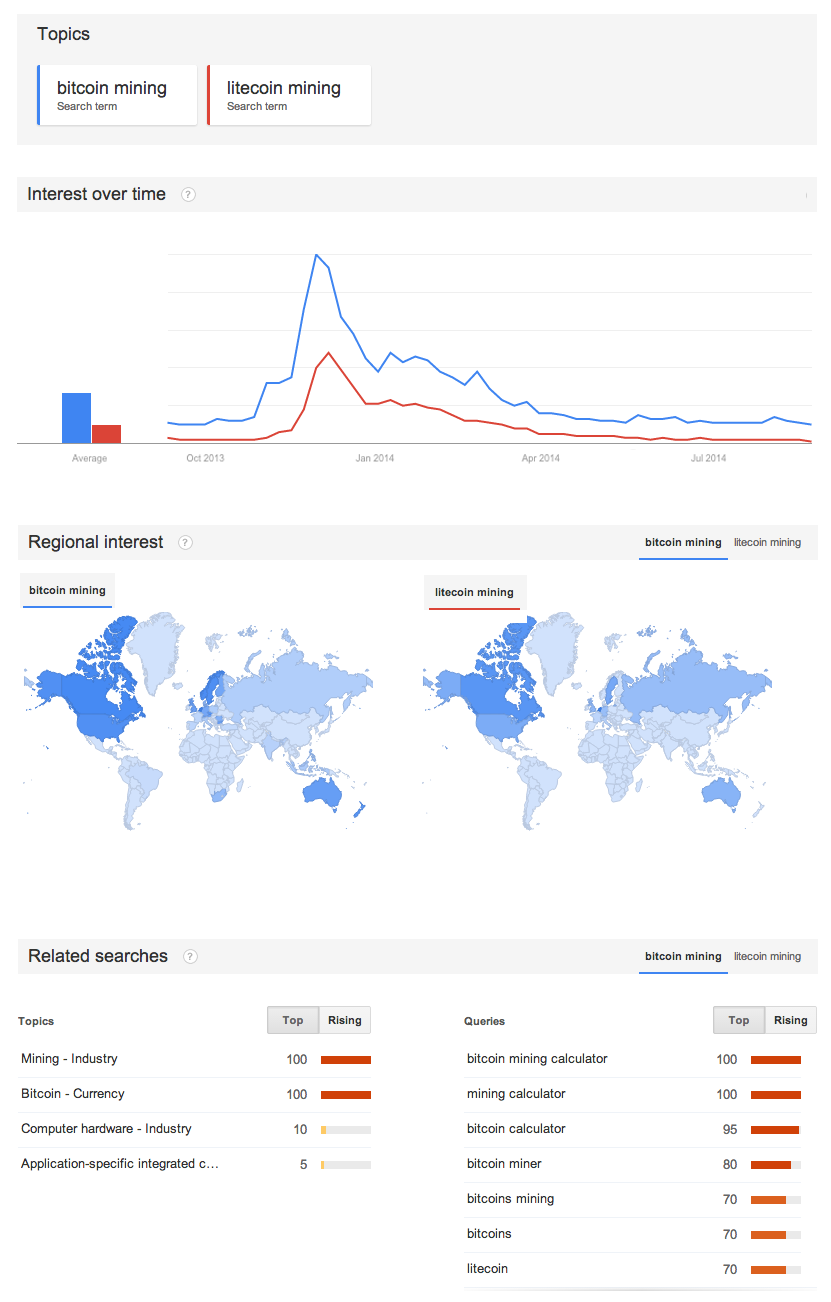