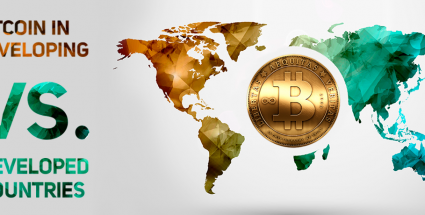 Recent Bitcoin2014 conference was pierced with discussion of the Bitcoin situation in various countries emphasising that the emerging markets are most likely to be the leaders of Bitcoin adoption rather than the citizens of developed countries. How can such phenomenon be explained?

Indeed, only 25% of 115 million citizens in Mexico are banked, while 90% of the population has cell phones. How should they make transfers or get paid for their services, especially within the e-commerce sector, which is experiencing a 42% growth since 2012?

According to Raul Nogales, the President of the Satoshi Nakamoto Foundation, the need for sending and receiving money locally as well as remittances (mainly from the US) is crucial and continues to grow rapidly. In 2013, migrants’ transfers to Mexico from the United States, one of the most important financial sources for seventeen Latin nations, compiled US $22 billion. In these areas Bitcoin has been empowering the striving population by creating a faster, more affordable and more reliable option for transferring funds.

The African people are facing similar challenges. The Bitcoin can also help resolve many problems in Africa, since the main characteristic of this digital currency, bank-free decentralisation, seems to be a great fit for the population that is not that well acquainted with advanced technologies — 326 million African citizens are deprived from basic banking services. However, according to the World Bank, Africans send their families approximately US $32 billion a year.

Many investors, believers in the digital currency, claim that the Bitcoin can help such countries as Argentina, Venezuela and India deal with the devaluation of their national currencies. Wences Casares, Xapo CEO, says, “I grew up in Argentina, where at times the economy experienced 12,000% annual inflation. I believe that a digital currency like Bitcoin could solve the disjointed nature of our world economy.” Investors such as Marc van der Chijs, former Dutch serial entrepreneur in China and co-founder of www.Tudou.com, are closely observing the situation with the emerging economies and high-inflation markets considering making investments in the nearest future.

Other countries like Russia could potentially be a haven for Bitcoins. The majority of the government officials together with the nation’s top CEOs maintain the “time will tell” position; whereas, the business-oriented Bitcoin supporters continue to pursue potential benefits until clearer governmental regulations for cryptocurrencies come into play.

However, not everyone, especially in the developed countries, is optimistic about the Bitcoin and its possibility of becoming a powerful player on the financial arena. Recently, Canadian banks have been publishing a lot of reports directed against Bitcoins. The bank’s top policy officials of Senate banking committee in Ottawa remain skeptical about the digital currency and claim that ‘these are early days … and so far digital currencies have not made it to what we call money’.

In parallel, Norway, the richest Scandinavian nation, has shown very little interest in the cryptocurrency and continues to treat Bitcoins as an asset rather than “real money”. Among the Nordic countries, Denmark seems to be the leader of the cryptocurrency world and is about to launch a new Bitcoin exchange, guaranteeing its future clients a crime-free digital environment. Ronny Boesing, the CEO of CCEDK Crypto Coins Exchange Denmark ApS, says the platform will allow users to trade Bitcoin and LiteCoin against each other, as well as in exchange for Danish and Norwegian kroner, British pounds, US dollars and Euros.

Bitcoin can become the solution to the most urgent economical problems around the world, especially in the developing countries that require a lot of additional support. For the Bitcoin, the world is its oyster and this is where its greatest power lies. It is time to take the bull by the horns and take advantage of the incredible potential of this digital currency.

We’ve prepared a short quiz to celebrate our birthday! Demonstrate how well you know CEX.IO, discover our new products and enjoy a reward.

Celebrating Thanksgiving with a Trading Competition with the biggest-ever prize! This time the reward pool will be $10,000! Excited? Read on!

CEX.IO is proud to be a supporter of International Fraud Awareness Week, taking place on November 15 - 19, 2021. The main goal is to raise the perception of fraud-related matters and the real-life consequences they bring.