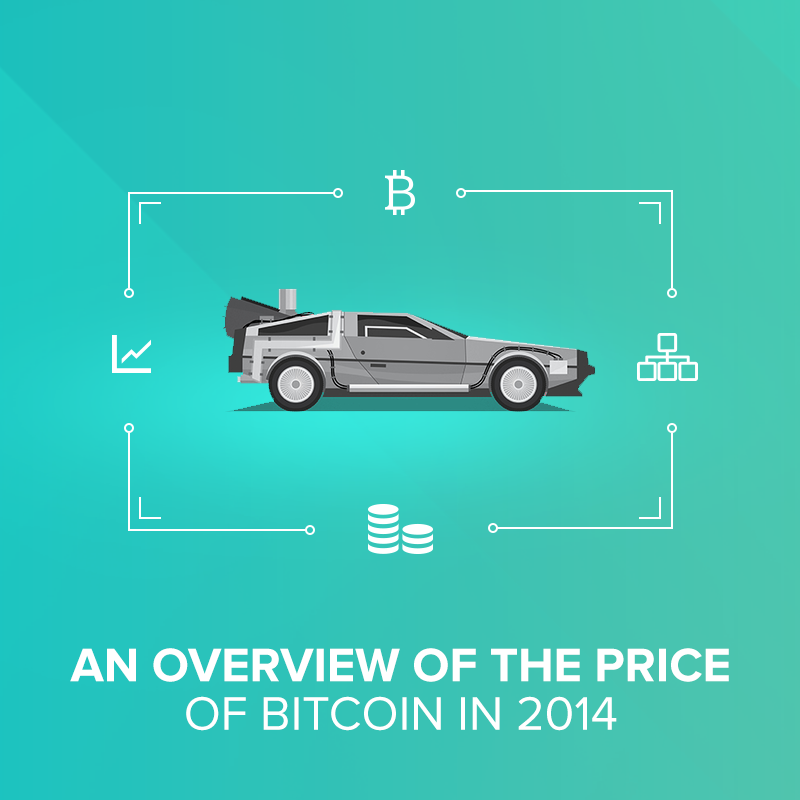 2014 – An exciting year for Bitcoin akin to a roller coaster ride from January till today [December]. Don’t be fooled by the lowest Bitcoin price in 12 months; everything else about Bitcoin – news, events, adoption, regulation, or legitimacy – has never been better!

How did we arrive at where we are today? A trip down 2014 memory lane!

January got off to a great start with a billion-dollar company, Overstock.com partnering with Coinbase to become the first major retail to accept Bitcoin payments. Overstock has since reported $3 million in Bitcoin sales since this announcement. Meanwhile, BitInstant CEO, Charlie Shrem was arrested on charges of money laundering activities through his Bitcoin exchange. Ironically, this was a bleep compared to what was to come after.

February brought with it the Mt. Gox debacle; the largest BTC exchange at the time, Mt. Gox declared bankruptcy – 800,000 bitcoins were lost (Read more: The Rise and Fall of MtGox: A Complete Timeline). This event was manifested in price as Bitcoin plummeted 23% within a couple of days. More robust, secure, transparent and regulation adhering Bitcoin exchanges have emerged replacing the old. Evident in The State of Bitcoin 2014 Report by CoinDesk in March, a healthy digital currency ecosystem thrives – exchanges, mining companies such as CEX.IO, payment processors, vault services & more.

Still in March, Newsweek ran a cover story linking the identity of Satoshi Nakamoto to a 65-year-old male in California. Laughable in retrospect, this hoax cover story muddled waters in the Bitcoin community, propelling Bitcoin further into the public light. Dorian Nakamoto, the unfortunate victim of mistaken identity, is now suing Newsweek after crowdfunding $23,000 in Bitcoin donations for legal fees!

In April, BTC price took a tumble slipping down 40% after rumours of new bank restrictions in China. Announcements from Chinese officials had profound effects on prices this year; this picture is a summary of effects in 2014. Little did this deter the Winklevoss twins from launching a blended Bitcoin price index in a filing with the SEC for a planned ETF (exchange-traded fund). Along with today’s amended SEC filing, the launch of the Winkdex is a signal that the Winklevoss brothers are moving closer to the launch of their ETF.

The ETF filing is still under review by the Securities & Exchange Commission (SEC) with the filing decision expected in 1st quarter 2015. An ETF opens up Bitcoin for mainstream investment circles. April was especially special for the lucky MIT students who got free Bitcoins.

Bitcoin Pizza Day anniversary came round on May 22, a reflection on the most expensive pizza ever – a $5.2 million pizza! The picture shows the transaction on the Bitcointalk forum. What a way to burn through 10,000 BTC! Adding legitimacy to the virtual currency, Canada took steps in enacting law aimed at Bitcoin in the month of June.

“It is important not only because it may be the first Bitcoin national law but also because most countries may now follow suit because of their membership in the Financial Action Task Force.”

Still in June, while the US government announced a planned auction of $17 million worth of Silk Road seized Bitcoins, Bloomberg, Google joined Yahoo in offering Bitcoin prices on their platforms.

More companies hopped on board Bitcoin in July as the 3rd largest PC seller Dell began accepting Bitcoins for online purchases, Wikipedia raked in Bitcoin donations & Latvian airline airBaltic followed with one of their own – ‘World’s First Airline to Accept Bitcoin’! All across the world, from the Netherlands to South Africa’s TakeAlot partnering with BitX to accept e-commerce online payments.

In August, a US federal judge in New York declared ‘Bitcoin is Money’ in the case of Charlie Shrem, setting precedent on regulation and licenses. UK Chancellor of the Exchequer George Osborne, publicly announced plans by government to foster exploration Bitcoin. Notably, the Bank of England released a report hailing Bitcoin’s blockchain technology.

October surprised us all as the price bottomed at $275 – the lowest since the April 2013 bubble high of $266. The Rise & Rise of Bitcoin – a film documenting early Bitcoin adopters’ [Daniel Chouinard among many others] experience with Bitcoin came out to much fanfare right. It is a rare lens at the Bitcoins’ development, and the 2011 and 2013 price bubble highs are witnessed. If you haven’t watched it yet, you should!

November & December have been a mixed bag of good fortunes for Bitcoin. Current low prices coupled with Bitcoins increasing legitimacy present an opportunity now more than ever to buy Bitcoins at a bargain. Microsoft and Time, Inc. now accept Bitcoin payments – the third largest company by market cap and a major publisher!

At every turn this year, Bitcoin has made milestones in its maturity. This picture taking a dig at Western Union and the superior nature of Bitcoin in remittances adds a colourful wrap of a year full of Bitcoin turns and surprises. Happy Holidays!