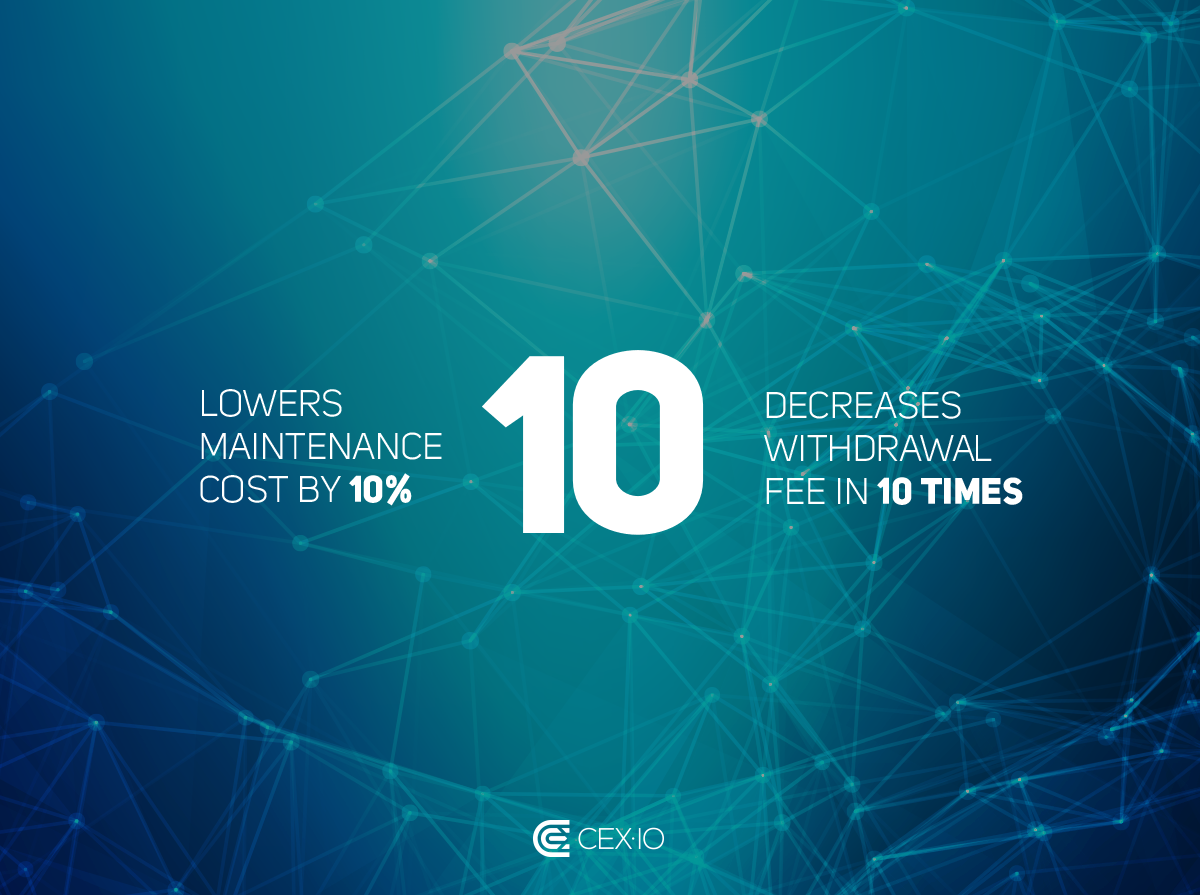 As the first and leading cloud mining platform, CEX.IO is on a constant lookout for competitive electricity providers offering better prices. As of July 23, 2014, the monthly maintenance costs have been decreased to $0.18 per 1 GHS, which is 10% less than the former price of maintaining cloud-based mining power. CEX.IO is persistent in finding the most beneficial electricity contracts to establish the highest quality of crypto-trading services, as well as in acquiring hardware according to the latest technical characteristics. Thus, CEX.IO is glad to inform about updated mining hardware, which has also allowed decreasing maintenance cost due to lower power consumption. The updated range of hardware will be shortly presented on the Redeem Hardware page of the website.

In addition, CEX.IO has reduced the withdrawal fee 10 times, from 0.001BTC to 0.0001BTC. Such update is an absolutely unique offer, which is a part of the upcoming program on improving auto-payouts on CEX.IO. According to the respective program, it is planned to make users free to choose the amount of withdrawal fee, which will, of course, influence the timing of transaction processing.

CEX.IO is working hard on making as many automatic and customizable functions on the exchange as possible and is constantly monitoring users’ suggestions and requests on internal forum and external communication platforms. The most popular user requests are being implemented constantly.