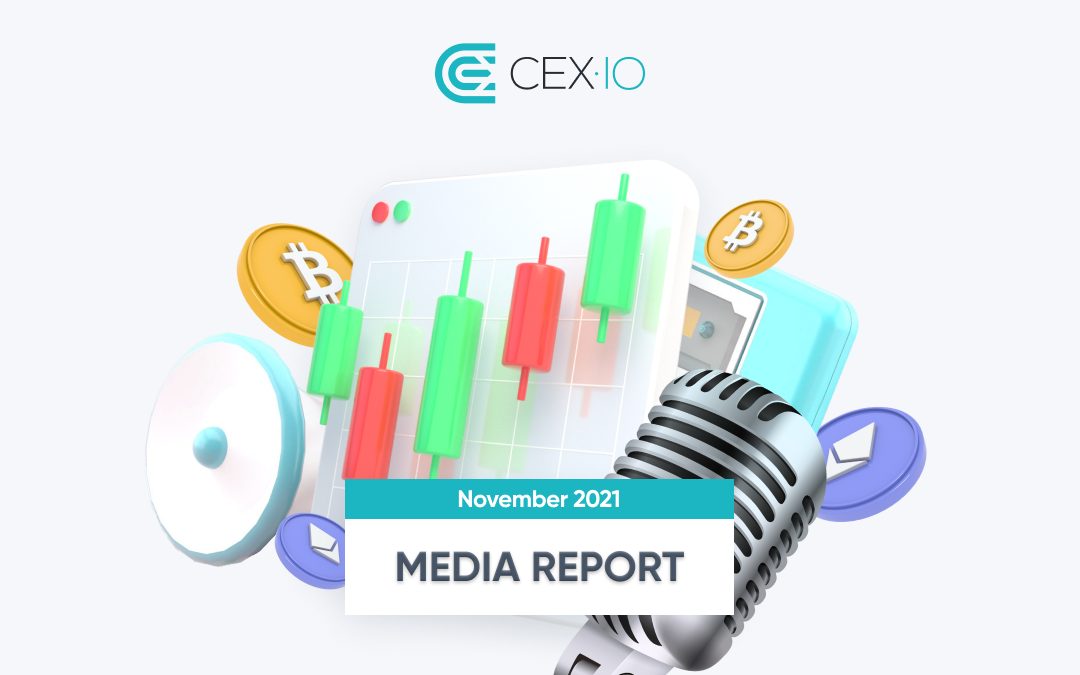 Founded eight years ago this month, November 2021 was momentous for CEX.IO media coverage. Here’s a recap of some of the biggest stories.

On November 1, 2021, CEX.IO scored the highest Editor’s Rating over its competitors, weighed by Personal Finance Insider. Operated by a team of expert journalists, Insider’s Personal Finance vertical is dedicated to helping smart people make the best decisions with their money. According to the publication, CEX.IO provides the best crypto selection to its users. 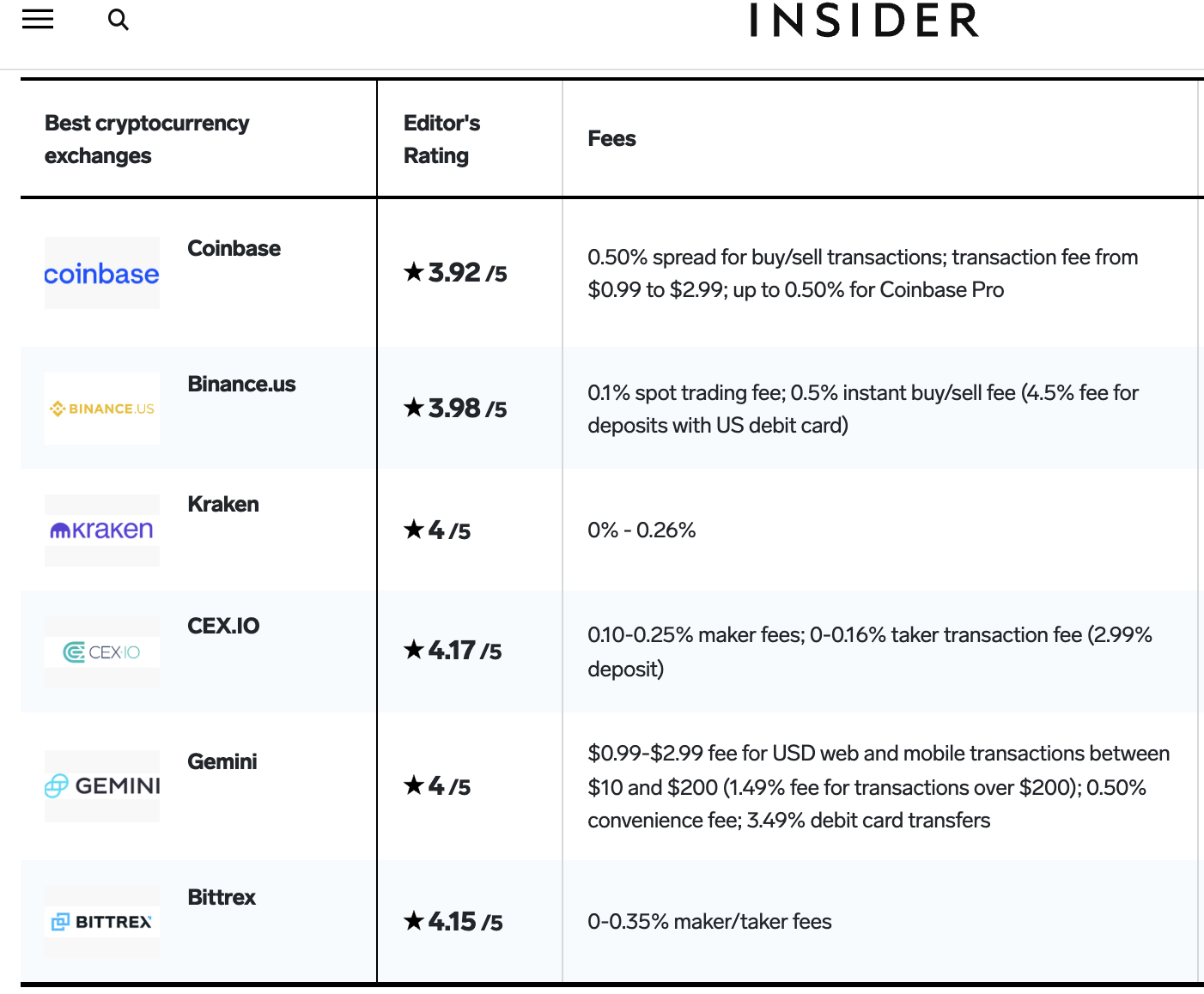 CEX.IO in the lead over Bittrex, Gemini, Kraken, Binance.us, and Coinbase

Insider qualified their decision to put CEX.IO at the top of the mainstream crypto exchange list: “Based in London, CEX.IO is a global crypto exchange supporting traders in more than 99% of countries worldwide, including 48 US states, according to its website. The exchange also gives you access to bitcoin and more than 80 other crypto assets.”

On November 9, CEX.IO issued a press release on the growth of its Prime Liquidity business. MarketWatch PR, a leader in online business news, picked up the news . CEX.IO was quoted as follows:

“CEX.IO reported that it has processed $6B in volume on its Prime Liquidity platform since launching it in February of this year. Prime Liquidity, the company’s institutional liquidity solution, serves asset managers, family offices, hedge funds, OTC (over-the-counter) desks and banks. The company has doubled its client base for Prime Liquidity every month since launch.”

Konstantin Anissimov, Executive Director of CEX.IO, appeared on an episode of the Armchair Trader

On November 18, CEX.IO’s Managing Director joined the Armchair Trader’s podcast to discuss the state of the crypto markets at large, the importance of having a registered crypto business, and what the future holds for the industry. The Armchair Trader aims to educate and inspire investors new to the world of finance to take control of their wealth and gain long-term financial independence.

Annisimov discussed the importance of complying with government regulations for a crypto business and how it affects the industry. CEX.IO is a registered entity that has established itself as a reputable leader in the global market. An advantage to operating as a registered business in crypto makes CEX.IO attractive to long-term investors and traditional financial institutions like banks.

Annisimov pointed out that the perception of crypto has come a long way since the ICO boom back in 2017. He observed that an increasing number of governments and banks no longer view crypto investments and businesses as the “lottery.”

2021 has been a record-breaking year for institutional attention and investments made in the crypto markets. According to Anissimov, the mainstream adoption of crypto is inevitable. He  stated, “the adoption of crypto is definitely happening. What will make a difference in my mind is CBDCs. There will be no distinction between the digital pound and bitcoin… In many ways we are already there.” Central bank digital currencies have been discussed by countries like the U.S.

Bitcoin was on a downward spiral in the latter half of November 2021. Forbes, an American magazine best known for covering finance, industry, and investing reached out to CEX.IO’s Konstantin Anissimov for a statement on bitcoin’s downward momentum. He explained, “recent selling pressure is largely forced via liquidations with minimal signs of selling/capitulation from long-term market players.”

“This suggests the ~23% decline off all-time highs isn’t a larger trend reversal. Since November 10 (day of ATH) there have been $968 million USD of liquidations.”

The Fear & Greed Index from alternative.me shows that the sentiment surrounding “Bitcoin and other large cryptocurrencies” is fearful. CHART PROVIDED BY KONSTANTIN ANISSIMOV OF CEX.IO.

Finally, Anissimov also commented on the “BTC Fear and Greed Index” provided by alternative.me: “BTC has hovered in the fear to extreme fear level of the index, which is usually the case after weaker handed holders have exited the market.”