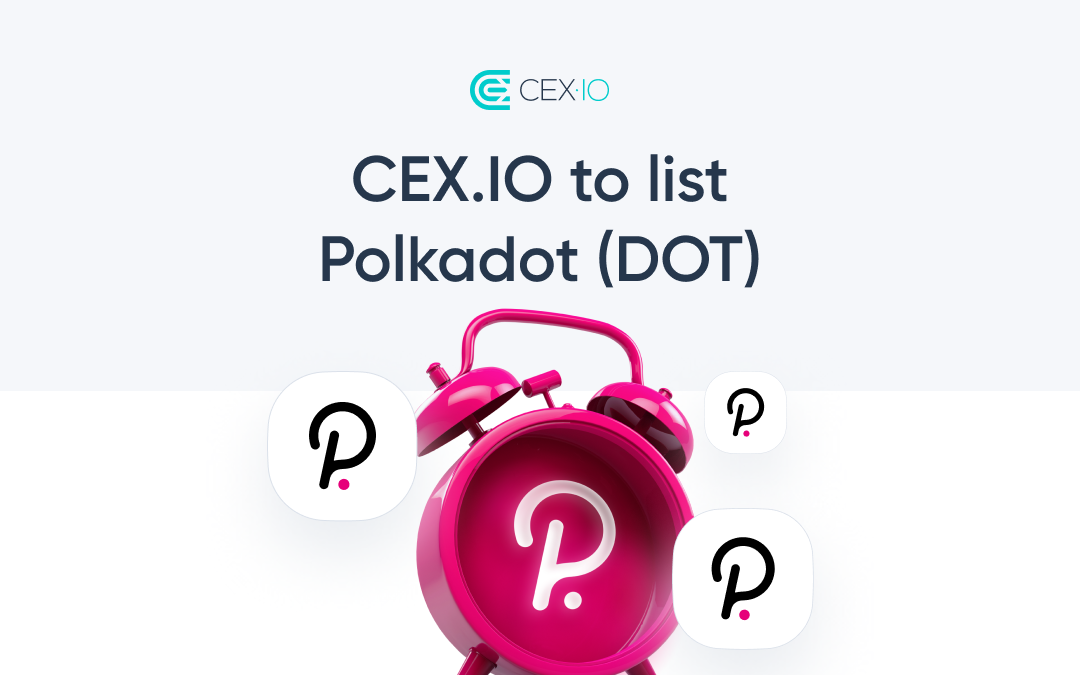 In response to numerous requests from our customers, we’re rolling out our first Polkadot pair. On September 8, we’ll kick off Polkadot (DOT) /USD trading and DOT deposits. Withdrawals will launch on September 10.

📌  What are Polkadot and DOT?

Polkadot is an inter-blockchain data exchange protocol that enables the permissioned transfer and processing of pure data between different blockchains, both data- and cryptocurrency-oriented.

Polkadot is built on the core of the Web3 Foundation’s vision of an open yet data-secure internet of the next generation. There, users are in full control of their data and identities. It also serves as the basis for two other technologies: Kusama and XCMP.  Kusama is quite radically progressive but requires more research, and XCMP is message delivery protocol built over Polkadot.

The initial supply of DOT is 10 million, but the amount is not capped or predetermined. Later on, the supply of DOT tokens at a certain moment will be calculated based on inflation so that approximately half of the tokens are staked by nominators or validators.

📌  What problem does Polkadot solve?

As the backbone of cryptocurrencies, blockchains have historically been able to operate with different forms of valued digital assets. More recent blockchains use data values as comments to still valued (and often costly) transactions or have a similar data processing capability built over blockchain tokens.

This makes it hard and expensive to exchange data on the blockchain. The reason for that is that any data transaction or process takes time and has to be paid for in the form of network transaction fees. Moreover, different approaches to data and tokens in different blockchains make it nearly impossible to securely exchange data between blockchains with different data processing and storage implementations.

📌  What is the innovation behind Polkadot?

Polkadot enables private and public blockchains to work with data directly, without bonding it to transactions of valued assets. Data owners are also in full control of their privacy and can predetermine who will gain access to certain parts of their data they need to process or share and for how long.

According to the project, the multi-blockchain nature of Polkadot allows for the simultaneous processing of multiple data streams. It differs it from existing popular blockchains that have to build queues and prioritize transactions. Because of this, Polkadot is virtually instant.

Older blockchains can still benefit from Polkadot using oracles built for translating pure data transactions into the respective dApp-readable token-based format of legacy Turing-complete blockchains such as EOSIO and Ethereum.

Apart from rarely used governance roles, there are four major roles on the Polkadot platform:

Polkadot is used by all projects related to Web 3.0 as the main platform for instant decentralized data exchange. By now, over 100 public projects have been built upon the Polkadot protocol, such as the new non-custodial wallet by blockchain.com, the Intel SGX Supercomputer system, and the Katal and Laminar financial platforms.

Polkadot has also been endorsed by Inria Paris, ETH Zurich, and Polychain Capital.

Note: Please be aware that DOT is currently available to non-US residents only.

Disclaimer: The above content is for informational purposes only. You should not construe any such information or other materials as legal, tax, investment, financial, or other advice. Please study assets on your own before making any investment or trading decisions.