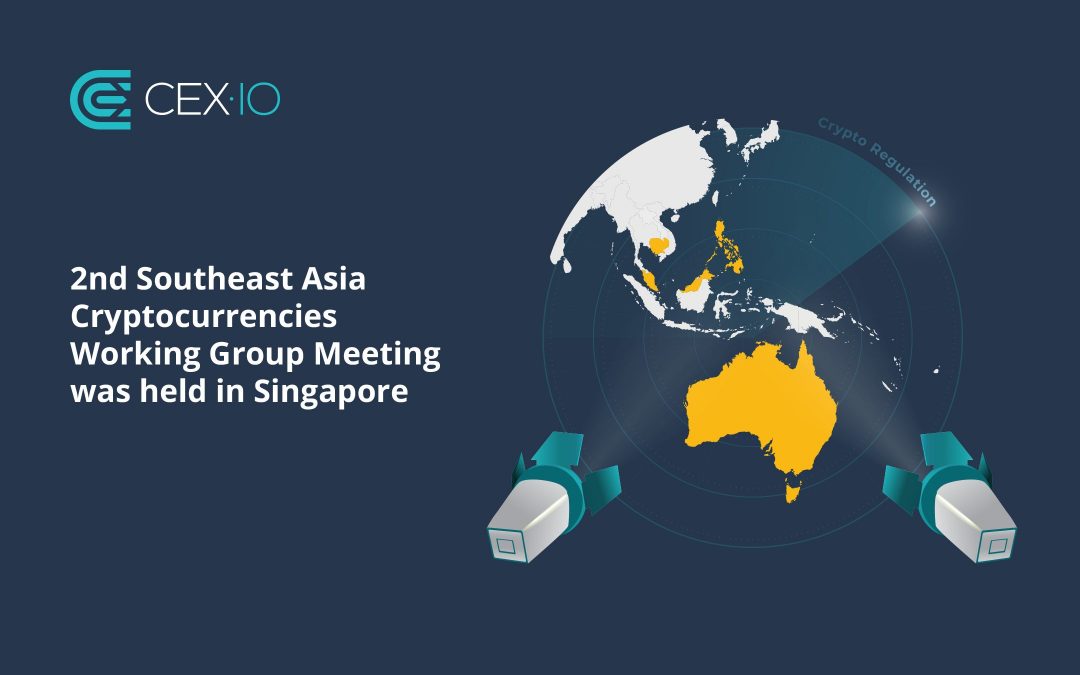 The 2nd Southeast Asia Cryptocurrencies Working Group Meeting hosted by the United Nations Office on Drugs and Crime was held in Singapore. The event was a success as it brought together all key industry actors spanning, government regulators from 13 countries, law enforcement from several countries, 6 globally recognized exchanges, and countless industry vendors and specialists. All parties echoed a positive sentiment for the industry and shared the collective belief that financial reporting and crafting sound policy was paramount for the industry to continue to evolve.

Controversial topics took center stage as the looming adoption of the Financial Action Task Force (“FATF”) Travel Rule for Virtual Asset Service Providers (“VASPs”) is set to take effect in June of 2020 in an effort to mitigate the “serious and urgent” “threat of criminal and terrorist misuse of virtual assets”[note]See: FATF Public Statement on Virtual Assets and Related Providers, Orlando, Florida 21 June 2019 https://static.coindesk.com/wp-content/uploads/2019/06/Embargo-Public-Statement-on-Virtual-Assets-and-Related-Providers.pdf[/note].

The Travel Rule specifically requires VASPs to collect identifying information on each transaction exceeding $1,000 notional, including: (i) the originator’s name; (ii) originators account number and where such account is used to process the transaction, e.g. the virtual asset wallet; (iii) originators physical address or national identity number, or customer identification number that uniquely identifies the originator to the ordering institution, or date and place of birth; (iv) the beneficiary’s name; and (v) beneficiary account number where such an account is used to process the transaction, e.g. the virtual asset wallet. Although the feeling  from the industry was a willingness to comply, it was duly pointed out that when the analogous Travel Rule for financial institutions in the Bank Secrecy Act, 31 CFR 103.33(g) was deployed in the US, it took banks five years to fully implement and was made possible through the Society for Worldwide Interbank Financial Telecommunication (“SWIFT”) which provided a secure network for transmitting messages between financial institutions. Currently, no such independent network exists for VASPs to exchange such information required by FATF Travel Rule for VASPs. Industry experts were quick to point out, the priority to implement the FATF Travel Rule may be exaggerated as for every $ spent in Bitcoin on the darknet at least $800 USD is laundered through traditional finance[note]See: https://messari.io/c/research/bitcoin-in-the-grand-scheme-of-things[/note]. Industry was also quick to point out that over 50% of all darknet funds come through centralized exchanges, lending credence to the notion that the problem could be mitigated if all regulated exchanges created a system to comply with the FATF Travel Rule.

To kick off the presentations first came the Financial Crimes Enforcement Network (“FinCEN) which is a branch of the US Treasury asserted regulatory control over “persons administering, exchanging or using virtual currencies”, as published in FIN-2013-G001[note]See: https://www.fincen.gov/resources/statutes-regulations/guidance/application-fincens-regulations-persons-administering[/note]. As FinCEN has become the de facto authority on digital asset transmission in the United States, the presentation was greeted with a very engaged and lively audience. Several poignant questions were clarified, that payment processors that function with cryptocurrency must register as a Money Services Business. Similarly, a common industry misconception was clarified that there is no such carve out for exchanges which only provide crypto-to-crypto trading, as they must also register as a Money Services Business. Interestingly, it was stated that to date there has been roughly 54,000 Suspicious Activity Reports (“SAR”) filed to FinCEN and roughly 42% have come from centralized exchanges.

It was further noted that, although FinCEN asserts jurisdiction over “virtual” currency is a medium of exchange that operates like a currency in some environments but does not have all the attributes of real currency. In particular, virtual currency does not have legal tender status in any jurisdiction”[note]Id.[/note], for the purposes of Currency Transaction Reports filed to FinCEN, virtual currency does not apply as the rule [note]See: 31 C.F.R. 1010.311[/note] solely extends to legal tender.

The Australian Transaction Reports and Analysis Centre is Australians financial intelligence unit and anti-money laundering and counter-terrorism financing regulator. With an ever growing appetite for cryptocurrency, AUSTRAC led the way requiring all domestic exchanges to register and to meet the organizations AML/CTF requirements in 2018. Despite declaring Bitcoin legal tender status, Australia’s regulation towards cryptocurrency is more laissez-faire compared to much of Europe and the United States but aligned with their Southeast Asian counterparts. Australia does not regulate crypto-to-crypto exchanging, they do not regulate Initial Coin Offerings outside of general Australian Consumer Law, and they do not require any geographic data to be recorded for those who transact in cryptocurrency. Additionally, Australia does not regulate foreign exchanges that solicit Australian customers, unless they meet geographical link test.

Malaysia has taken the approach of pushing VASPs to adapt to the existing regulatory framework developed for registered securities. Malaysia requires all cryptocurrency exchanges to register with Securities Commission, then once registered the exchange has 9 months to comply with the applicable standards set forth by the Securities Commission. Currently, Malaysia has three registered exchanges with a combined customer base of over 1.2 million.

Thailand takes a more nuanced approach to cryptocurrency regulation. The Thai Securities and Exchange Commission evaluates cryptocurrency into three distinct categories: (1) cryptocurrency for payments; (2) investment token specifying right to participate in an investment arrangement, and; (3) utility token specifying right to acquire specific goods /services. Each of the previously mentioned categories has different regulations, with investment token being the most stringent. Thailand has expanded the Thai Anti-Money Laundering Office authority to include transactions in cryptocurrency. Currently, there are only 3 licensed exchanges in Thailand.

Central Bank of the Philippines

The Philippines are still in the infancy of crafting their regulatory framework regarding cryptocurrency. To date, only the Central Bank of the Philippines, or Bangko Sentral ng Pilipinas (“BSP”), has issued any guidelines regarding virtual currencies [note]Bangko Sentral ng Pilipinas, Guidelines for Virtual Currency (VC) Exchanges, Circular No. 944, (Feb. 6, 2017), http://www.bsp.gov.ph/downloads/regulations/attachments/2017/c944.pdf, archived at https://perma.cc/Z9ZR-BYZV.[/note]. Not surprisingly, virtual currencies are not backed by the full faith and credit of the BSP, nor are they legal tender in the Philippines. However, as the Philippines begins to determine the regulatory path that they will pursue, virtual currencies, including stablecoins, are not restricted. Both Initial Coin Offering and Security Token Offerings are permitted in the Philippines.

The status of cryptocurrency is still developing. Much like most jurisdictions transmitting and exchanging any different forms currency requires a license. Currently cryptocurrency is legal, however, the national Bank of Cambodia asked banks in Cambodia not to allow people to conduct transactions with cryptocurrencies [note]Press Release, NBC, The National Bank of Cambodia Denies the False Information Stating that the NBC Has Cooperated with Chaintope Company (Dec. 29, 2017), https://www.nbc.org.kh/english/news_and_events/ news_info.php?id=344, archived at https://perma.cc/QB84-FPAW.[/note]. As Cambodia is still balancing the need for specific need for regulation based on the development of their economy, their willingness to participate in the regional discussions on the issues is encouraging.

Singapore has developed the most thorough regulatory framework in the region. Set to become effective in January 2020, the Payment Services Act is designed to govern VASPs operating in Singapore. Contained within the legislation are provisions that; the VASP must have a dedicated Singapore office, KYC is to be done on all persons who transact in excess of $1 notional, at least one director of the VASP must be a Singapore citizen and there are strict capital requirements which must be met by the VASP. At present time, no licenses have been issued by the Monetary Authority of Singapore. Although a major exchange has recently opened a dedicated office in Singapore. Interestingly, custodial services of cryptocurrency are specifically excluded from the scope of the new regulation. Singapore however is notably progressive when it comes to ICOs. The MAS has specifically stated that using digital token sales to raise funds falls under the definition of a “security” [note]Press Release, MAS Clarifies Regulatory Position on the Offer of Digital Tokens in Singapore (Aug. 1, 2017), archived at https://perma.cc/D8V5-3NST.[/note] and will fall under the MAS jurisdiction as such.

Southeast Asia has a diverse range of regulatory frameworks for the transfer, sale and investment in virtual currencies. Collectively, all countries despite the size of their economies understand the potential this new asset class brings. Thanks to the United Nations Office on Drugs and Crime and its staff, bringing regulators and industry together to foster substantive and meaningful discussion, the path forward is optimistic.