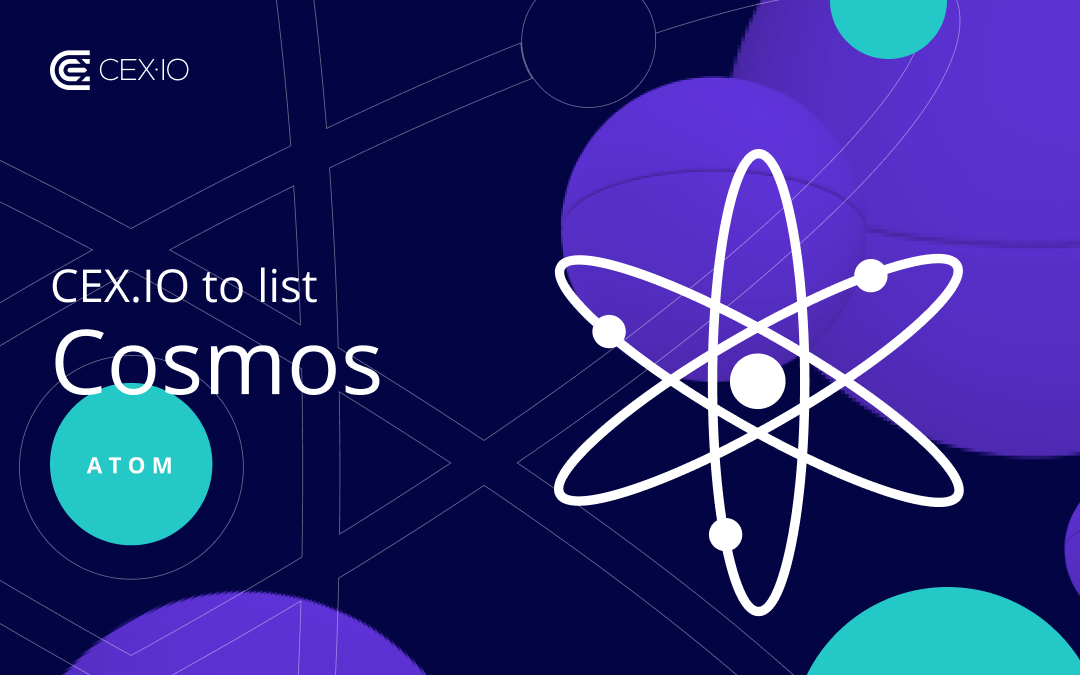 In response to listing requests, we are launching support for ATOM. It is the native cryptocurrency of the Cosmos network, which aims to create the “Internet of blockchains.” ATOM will be available for trading and purchase with Visa/Mastercard for all customers and in all regions supported by CEX.IO soon. Moreover, soon we will enable ATOM staking and automatically share rewards directly to customer accounts. That means that you will be able to get passive income on every ATOM held on CEX.IO. Learn more about the unique format of staking on CEX.IO.

There will be three stages to the launch of ATOM trading:

Prepare your accounts, save the dates, and stay tuned for the rollout of the ATOM market!

More about the Cosmos project and the ATOM token

Cosmos is a global decentralized network. It aims to connect all blockchains into one ecosystem. According to the project, this will allow independent chains to exchange tokens or other values without any intermediaries such as oracles, exchanges, or smart contracts. Also, connected blockchains will be able to communicate and interact with each other. They will share information and tokens, and the blockchain issuer and the Cosmos network will confirm its identity. As stated by the Cosmos team, the blockchain can be used not only to store transaction history. It can also share other values, such as:

Another direction for Cosmos is the development of apps that can interact with all blockchains connected to the network. For this purpose, they have created a special tool for external developers. This tool allows them to build dApps using previously created modules or construct their own.

In 2017, the Cosmos ICO raised over $17.3 million by selling 75% of the available ATOM token supply. The Cosmos project is still under development. While its ATOM token has already entered the top 20 cryptocurrencies by market cap. This speaks of the high demand for this asset.

At the moment of writing, ATOM is ranked in 19th place, with an over $850 million market cap by CoinMarketCap. The total daily trade volume of ATOM tokens is more than $160 million.

ATOM tokens are not mined but earned via a hybrid PoS algorithm. ATOM holders can participate in the platform management by voting for or becoming validators.

Note: Please be informed that ATOM is currently available to all non-US residents only.