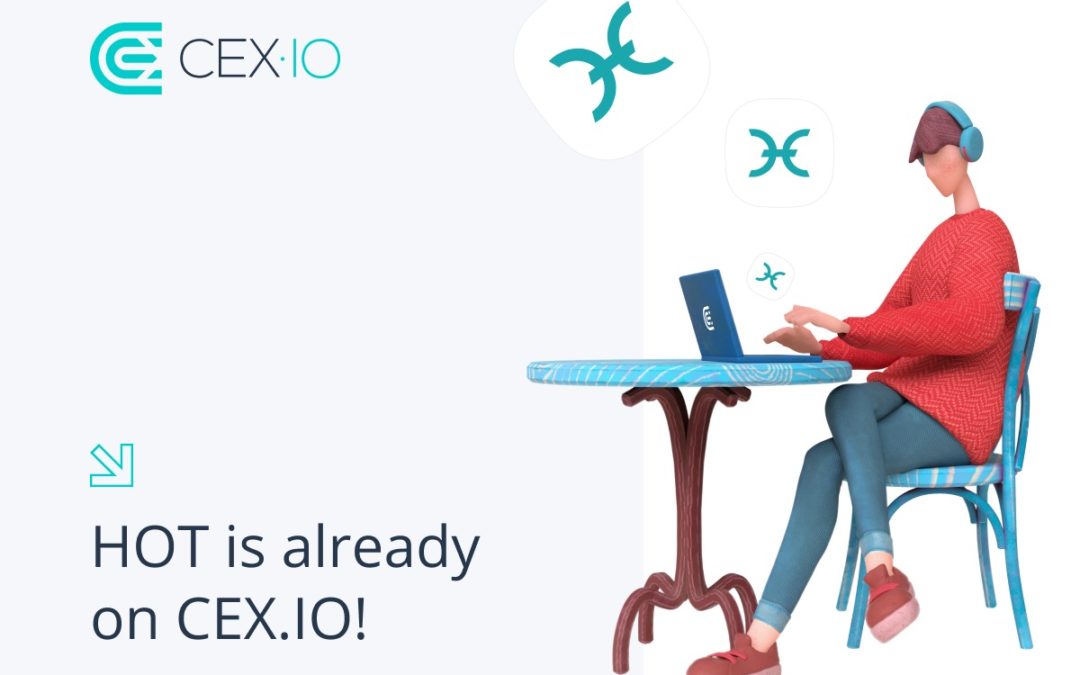 We’re expanding our list of tradeable assets to meet our customers’ demands. Our newest asset on CEX.IO — HoloToken (HOT). You can already trade HOT/USD and make HOT deposits. We will launch the HOT withdrawals on August 13. We hope you enjoy this new market on CEX.IO.

👉  About Holochain and the HOT token

Holochain is an open source platform and a cloud hosting market for distributed applications (dApps). Holochain applications (hApps) are held entirely by people, its users. According to the team behind the project, hApps enable direct uncostly architectural consent with low risk.

The name Holochain comes from hologram. This is because the Holochain system resembles a hologram in its construction. In a hologram, a specific interaction of light rays creates a 3D pattern. Due to the Holographic storage model, every branch of the Holochain network has a flexible sample of the whole. Put simply, if you cut a Holochain in half, you would have two whole functioning systems — just like holograms.

There are two cryptocurrencies that run the platform: HoloFuel and HoloToken (HOT). The HOT token is an ERC-20 utility token. Participants in the Holo ecosystem can use HOT to contribute to the development and use the platform.

HoloFuel is a complementary asset-backed currency. It’s based on mutual credit principles. HoloFuel is similar to Ethereum gas in that it’s designed to serve daily microtransactions for hosting services.

👉  What problem does HOT solve?

According to the project developers, Holochain allows individuals and communities to gain greater control over their personal data from surveillance networks. With Holochain, there are no intermediaries collecting, selling, or losing your data.

Holochain users can build and run the same web applications that the Holo network relies on (e.g. social media, knowledge sharing) with enhanced privacy and security. This allows people to interact with each other and agree on a common set of rules. There’s no authority that can dictate or unilaterally change these rules.

Additionally, each Holochain app is a collaborative platform. All Holochain users can be hosted to the network to provide a little extra computing power and storage space. Thus, extra copies of Holochain data are always online.

👉  What is the innovation in HOT?

Holochain is an agent-based system in which each participant holds a private fork. The system doesn’t require every node or agent to constantly update the records of the entire public blockchain. Instead, each node keeps its own blockchain. It interacts with the node’s unique cryptographic key. If a node goes offline, it creates a fork of the public chain. In this case, the public chain continues. This is how the network eliminates scalability issues.

While proof of work blockchains use a lot of electricity, Holochain claims to be a green network. It doesn’t have a mining component, so the electricity used is minimal. In fact, the amount of electricity required is almost the same as that which the computers of the nodes use in their normal work.

These are the categories of agents in the Holo project:

Holochain technology is mostly used for running applications. The most common use cases include:

Holochain is also used for reputational and mutual credit cryptocurrencies where issuance can be accounted for by actions of peers (like ratings).

Note: Please be aware that HOT is currently available only to non-US residents.

Disclaimer: The above content is for informational purposes only. You should not construe any such information or other material as legal, tax, investment, financial, or other advice. Please study assets on your own before making any investment or trading decisions.