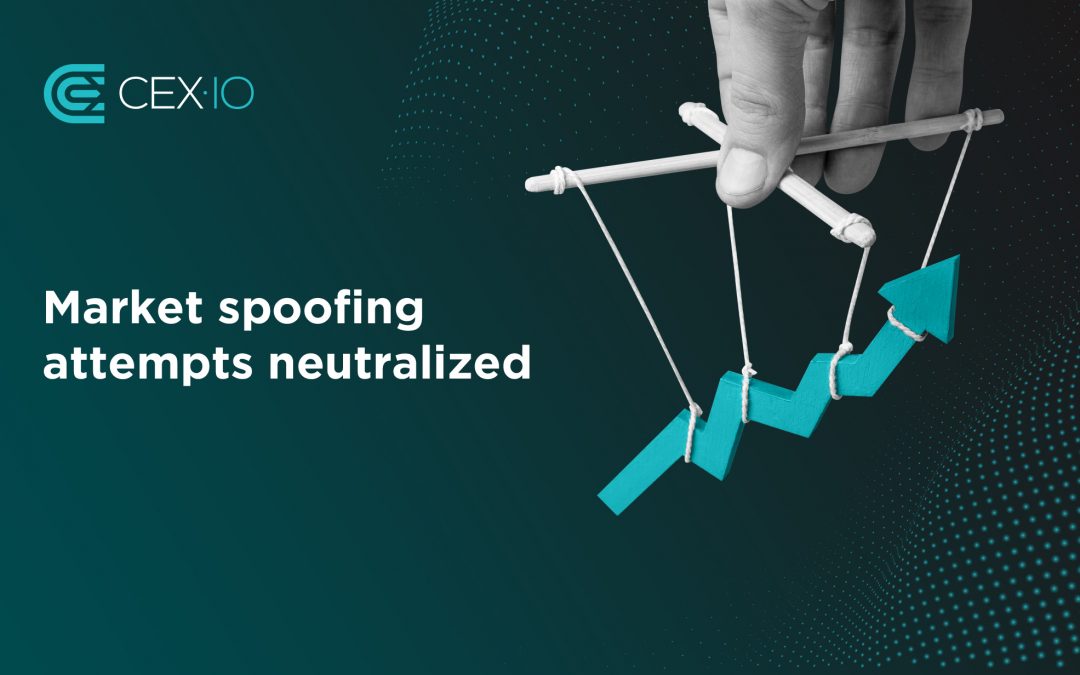 We’ve recently neutralized market spoofing attempts on CEX.IO. An internal investigation has been initiated in accordance with corporate procedures. A self-regulated crypto exchange, CEX.IO Ltd is a UK-based company operating in full accordance with British law.

Over its five-year history, the CEX.IO cryptocurrency exchange has proved its high standards of security for customer funds, efficient anti-fraud procedures, and compliance with regulatory frameworks. In addition to PCI DSS certification and MSB status with FinCEN, in December 2018, CEX.IO underwent an independent BSA/AML audit, including the evaluation of internal policies and procedures. In February 2019, CEX.IO reported a 30% decrease in fraud as a result of its upgraded KYC procedure.

What is market spoofing?