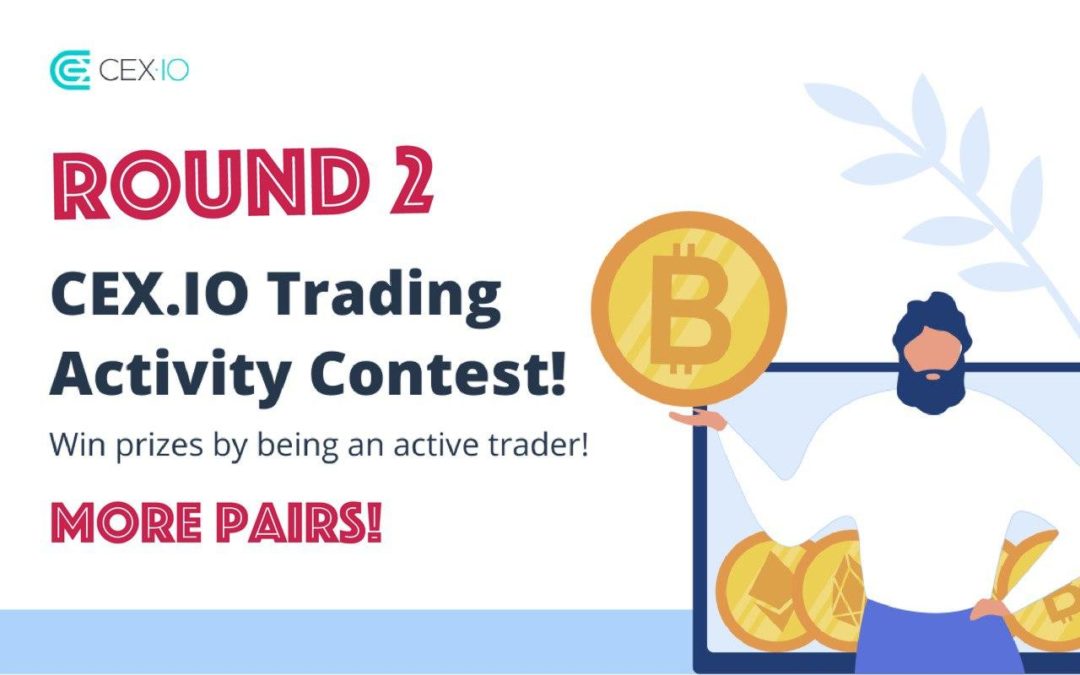 Last time, the Trading Activity Contest was a blast. Competitive spirit in the air, traders taking the top placements in the leaderboard from each other just to lose them a day later! Not to mention that the participants have chosen some cool names that were fun to imagine! And while some really smart people were executing their trading strategies on the background, we could see the interstellar creatures, like AlbusDumbledore and Charmander, were in an epic battle with the sci fi characters, like blaxdev and TheLastNinja!

If you have no idea what we are talking about, check out the results of our first-ever CEX.IO Trading Activity Contest. And, why wait long to do it again? The leaders need to solidify their reign. The bottom of the leaderboard can come back with a sweet revenge. Those who did not get on the leaderboard before can give it another go and treat the previous one as a dress rehearsal. Finally, the bystanders of the previous contest can jump into the action, experience the competitive thrill, and get some trading discipline in the meanwhile.

After all, the trader’s work is never done! So let’s go for Round 2, shall we? 😌This time with GBP and EUR pairs! Oh yea, two parallel nominations! More prizes, more chances to win!

If you participated before, rehash the rules below, given we are adding one more, EUR, track to it. If you are new, here are the rules of the contest.

The number of trades: the more trades with any GBP pairs or EUR pairs you do, the higher the chance you win. Only the trades satisfying all the requirements are eligible to participate – see these requirements below.

You can trade ANY digital assets against GBP or EUR (or both!). The count for EUR and GBP pairs will be separate. So, if you are feeling ambitious, go ahead and win in both tracks. And if one is more suitable for you than the other – feel free to focus on either. Remember, a part-time trader or a full-blown asset manager – we embrace you all. No matter what scale you are trading at – you can win!

Starting from February 10th, for the next 15 days, until February 24th.

GBP pairs nomination: total prize fund is 1,000 GBP. It will split among the 10 winners in the following way:

EUR pairs nomination: total prize fund is 800 EUR. It will split among the 10 winners in the following way:

Again, you must opt in to participate (so we know who you are). And, if you opted in before – there is no need to repeat again. You are already on the list!

With that, fellow soldiers, fighters, and ninja traders, let Round 2 Trading Contest Begin! Let there be an epic battle where only the most skillful ones will win!

The mission is on!