Every culture has tales of precious objects in the water. From Excalibur asleep in Dozmary Pool, to Atlantis lurking in the deep, to mining pools packed with Bitcoin. These stories are as much about ourselves as the people who supposedly lived them. While not always meant to be taken literally, their aim is to instruct through subtle and not so subtle ways. But sometimes these tales survive because there’s more truth than fiction in their making. Other times, lessons from the past simply make good stories.

To celebrate everything CEX.IO has accomplished these past nine years, we thought it was a good time to reflect on some of the legacy that brought us here. Back through the events that preceded the accolades we feel privileged to enjoy today. Back to a time before crypto was on the lips of celebrities, or waving banners at the SuperBowl. When the possibility of a more equitable future was beginning to be written out in lines of code. And only a select few could see the promise of something shimmering in the depths.

Cloud Mining Pools and the Rise of GHash.IO

In 2012, Oleksandr Lutskevych, the eventual founder and CEO of CEX.IO, was looking to answer a difficult question. In the aftermath of the previous decade’s financial collapse, why was Bitcoin still struggling to be seen as a viable alternative to the traditional financial system? It became clear to Lutskevych that in order for crypto to gain broader appeal, the ecosystem must be made accessible to anyone seeking financial independence. Guided by a belief in the power of decentralized finance, Lutskevych set out to re-code the complexity of crypto, so users of all skill levels could feel included. But unlike past pioneers who looked toward the oceans for inspiration, Lutskevych found his inspiration in the clouds.

After assembling a dedicated team of software engineers and blockchain visionaries, Lutskevych and his colleagues went to work. The team developed the most efficient Bitcoin mining chip the world had yet seen to date, and with it, considered the possibility of making this power readily available. It is at this intersection of compound “eurekas!” that legendary Bitcoin mining pool, GHash.IO, and the revolutionary concept of cloud mining, were born. A first of its kind, GHash.IO provided users from across the globe with access to Bitcoin mining potential. With this development, Lutskevych and his team provided critical infrastructure for what would one day become its own phenomenon: DeFi. But like any epic story worth retelling, Lutskevych’s journey as a champion for financial liberation is not without its trials.

In an effort to keep pace with the accelerating interest from crypto-curious traders, Lutskevych founded CEX.IO in 2013 as an exchange for trading digital assets and monitoring the growing markets. As new coins and tokens surfaced with increasing regularity, the moment felt ripe with innovation. However, Lutskevych recognized early that for CEX.IO to set itself apart, it must establish a tradition of regulatory excellence. In 2014, CEX.IO took the first step by achieving PCI DSS compliance, and in turn, established partnerships with trusted global payment providers such as Visa and MasterCard. This put CEX.IO at the forefront by being the first exchange to empower users to buy crypto with a credit card. Plus, by creating a convenient on-ramp for those looking to explore the ecosystem, CEX.IO helped weave crypto into the existing financial system. Overtime, this would become industry best-practice. Once again, Lutskevych was ahead of the pack.

Meanwhile, GHash.IO continued to amass Bitcoin mining power from an increasing group of loyal users. As its share of the network continued to grow, and the threat of a 51% attack appeared on the horizon, some felt crypto was headed for a reckoning. But Lutskevych, aware of the adverse possibilities that could arise from a disenfranchised network, made the decision to sacrifice GHash.IO’s mining capabilities in favor of a more democratized system. The averted crisis crystallized Lutskevych’s focus, who called for all mining pools to respect self-imposed limitations for the greater good of the ecosystem. Catalyzed by this moment, Lutskevych now had a new question to turn over in his mind: how to make crypto both safe and inclusive for an increasing global audience.

At the same time, Lutskevych started to sense a shift in the world’s perception toward crypto. What had begun as an outlier in tech spaces had swelled to catch the notice of institutions and international bodies alike, all clamoring for a piece of the action. Once again, Lutskevych’s penchants for caution and inclusivity proved instrumental in meeting the demands of the moment. Moving with methodical determination, Lutskevych positioned CEX.IO to expand its roster of services, while implementing new guardrails to protect the company’s growing base of users.

As structural weak points revealed themselves in the crypto ecosystem, it took acts of courage to lock out bad actors from polluting the space. Lutskevych was left with a difficult choice: to ensure the safety of all market participants, some power would have to be put back into a central authority. But prior wisdom proved a guiding light, as Lutskevych once again opted to maintain close relationships with global regulatory bodies for the betterment of the crypto community. In 2015, CEX.IO began completing annual FinCEN audits, and urged contemporaries to adopt industry-wide standards. This heralded a sustained effort to prevent money laundering and terrorist financing from entering the ecosystem.

In keeping with this sea change, Lutskevych further shifted his focus toward improving accessibility in the crypto space. After helping users mine just over 583,000 Bitcoins of the 21 million that will ever be generated, GHash.IO shut down in 2015. Revitalized by the renewed capacity, Lutskevych endeavored to make CEX.IO a North Star for all those seeking financial independence.

In 2016, CEX.IO emerged from the first crypto winter determined to become a mature ecosystem in its own right. To achieve this goal, CEX.IO quickly debuted its Instant Buy feature, and empowered verified users to quickly gain access to the ecosystem. This precipitated a series of interlocking products and services that would emerge over the coming years encouraging users to navigate the ecosystem at their own pace. But with users at the mercy of the markets, and the ecosystem poised for another coldsnap, CEX.IO responded by doubling its efforts to break down barriers of entry.

In an effort to expand its offerings, CEX.IO secured the Distributed Ledger Technology (DLT) license necessary to open offices in Gibraltar. But this was only the beginning of CEX.IO’s expansion. By the end of 2018, CEX.IO had also begun obtaining the complex patchwork of registrations, licenses, and special case jurisdictions required to operate across the U.S. By 2019, CEX.IO was positioned to open offices on the other side of the Atlantic.

Time and again, CEX.IO’s commitment to regulatory compliance translated directly into new opportunities. After receiving its Money Lending License in Gibraltar in 2020, CEX.IO launched a litany of interconnected products and services for users of all skill levels to enter the ecosystem. From hassle-free staking and cryptocurrency-backed loans, to Instant Sell and nimble withdrawal features, CEX.IO always strived to meet users at their comfort level. In turn, individuals and businesses alike felt welcomed to take part in and explore the crypto ecosystem.

With an additional office established in Portugal, Lutskevych’s dream of building a reputable crypto ecosystem with true global reach continues unabated in 2022. But even as CEX.IO celebrates nine years of broadening crypto opportunities for all, we know there’s still plenty to accomplish. At present, CEX.IO University is becoming one of the most comprehensive crypto knowledge platforms in existence. Plus, users can anticipate enjoying expanded mobile features for their CEX.IO accounts. As always, we look forward to steering new and existing users toward securing freer financial futures.

We could not have achieved this milestone without our over five million dedicated global users who have helped CEX.IO gain recognition on the world stage. We were thrilled to be named “Best Overall DeFi Platform” at the FinTech Breakthrough Awards Program. Additionally, being named among the “Top 10 Cryptocurrency Exchanges” by CryptoCompare, and receiving an overall “A” rating from the organization was a huge honor.

Recently, CEX.IO won “Best Exchange” at the 2022 Hedgeweek European Digital Assets Awards, and currently holds a 4.5/5.0 ranking on Investopedia. While we could not be more grateful for the generous praise, it only sharpens our resolve to continue providing the best experience possible for all our current and future users.

While there are whispers of colder times ahead, we’ve endured other winters. Just like in previous bear markets, our experience shepherding users toward thoughtful solutions will continue to shape our response to new and exciting challenges within the crypto space. We take our role as guide seriously, and look forward to continuing to build a brighter future. Through wars and winters, like waves, we rise and fall together.

We’re thrilled to announce CEX.IO has partnered with Checkout.com to take payment processing to the next level. Learn more in this blog post, or head over to CEX.IO to experience the partnership in action. 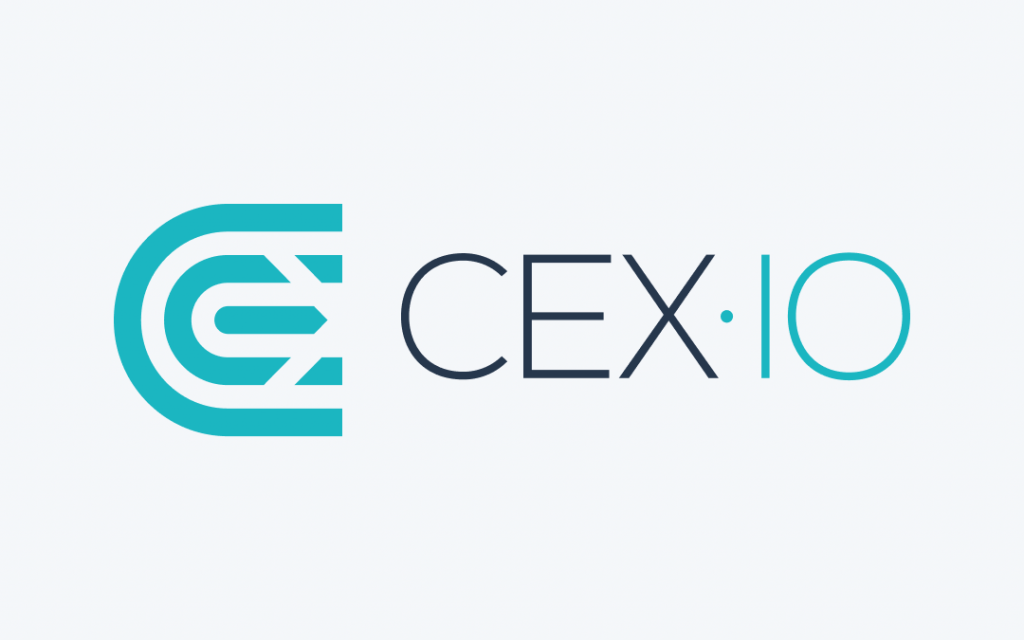 We formally withdrew our application for registration with the Financial Conduct Authority (FCA) under the Money Laundering, Terrorist Financing and Transfer of Funds (Information on the Payer) Regulations 2017 (MLRs)

After months of development, CEX.IO is proud to announce the official launch of CEX.IO...