Announcing Staking Promotion: Spin the Wheel and Reveal Your Staking Reward Bonus for ZIL and DOT 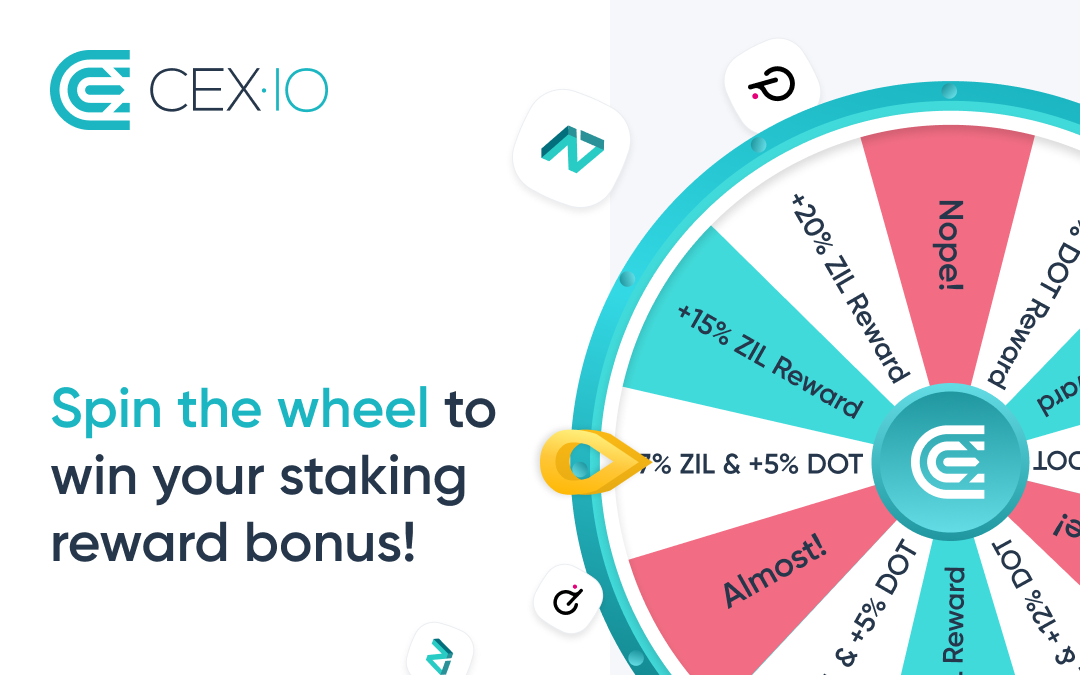 CEX.IO has just become one of the exclusive places where you can stake Zilliqa (ZIL) and launched Polkadot (DOT) staking. We’ve decided to make it a double win and launch a Staking Reward Bonus Wheel. 🤩

Feeling lucky? Then you are in the right place.

The regular reward for staking ZIL and DOT coins on CEX.IO makes 17-19% and 10% respectively.

You can increase it by up to 20% from the regular staking reward! Sounds good? Read on!

To participate in this promotion you’ll need:

Just stake your coins. You can buy or deposit these coins to your CEX.IO account BEFORE or AFTER you spin the Wheel. This makes no difference.

Just mentioning — the more ZIL or DOT you stake, the bigger your staking reward will be.

So make sure you have your account loaded with stake-able crypto and just sit and watch cash rolling in.

🏆  About reaping the rewards

You can win a staking bonus either for ZIL, or for DOT, or for both. This bonus applies to the next staking period only (one month).

The bonus will be sent to your CEX.IO balance within 3 business days after the staking period ends.

A bonus for staking is a percentage of the existing staking reward. It is calculated as follows:

📌 What else to know:

Now, when you know everything, get your adventurous spirit on, and good luck!